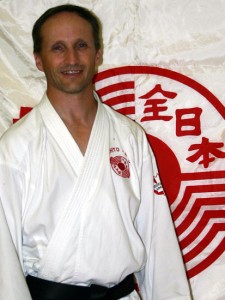 Sensei Milton Bourque is the Chief Instructor for Mukashi School of Karate. Sensei Bourque began training in 1977, at 13 years of age. At present he holds the rank of Go-Dan (5th degree black belt) and the title of Renshi (Expert Instructor Certificate).

Sensei Bourque has successfully competed at provincial, National and international competitions. He is also a qualified WKF official and has acted as referee and kata judge at the Canadian karate Championships (all styles) since 2000. In 2010 he received referee and kata judge certification at the Chito-Ryu World Championships (Soke Cup) in Kumamoto, Japan. Sensei Bourque is also certified through the National Coaching Certification Program (NCCP). 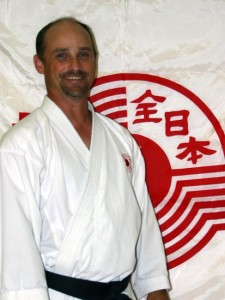 Sensei Randy Bourque is co-instructor for the Mukashi school of Karate. He began training in 1978 at the age of 9 under the tutelage of Sensei Paulette Landry, succeeded by Sensei Milton Bourque when he became Chief instructor of the dojo in the early 80’s. Sensei Bourque holds the rank of Yon-Dan (4th degree black belt) and the title of Shidoin (teacher certificate.) He is also certified through the NCCP coaching program. Sensei Bourque is  the Academic Chair for the Nova Scotia Community College, Burridge Campus.